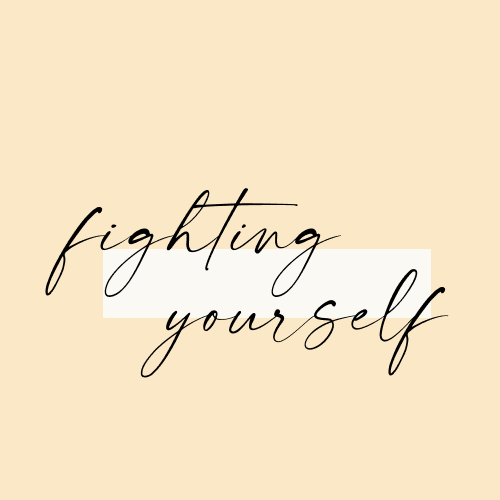 Something I connected the dots this year was my rebellious side and why it exists. One day after reacting to something Jack said, I was like.. why am I like that? Why do I make things difficult, even while joking? For example, if Jack lovingly reminds me it’s time to shower (something that I’ve asked him to do because I always procrastinate showering), my reaction will usually be.. no! I don’t want to!

I know that’s a small and silly example but no is my usual go-to initial response to most things. Even if I want to say yes! Which led me to dig a bit deeper to ask myself where this knee jerk reaction stems from. Which I immediately knew came from growing up, my mom would always force me and my brother to do things I never wanted to do (even when they started off fun). It quickly turned from something fun to a chore. Something now that has expectations and a need to achieve some outcome based on standards set by my parents or how other kids performed.

I often got punished or nagged at about how I wasn’t good enough which makes sense why eventually even before starting something, I already was telling myself I’m going to suck. I’m going to fail. I’m going to disappoint others and prove myself right that no matter how hard I try, I’ll never be as good as other people.

Fast forward to my adult life, I approached most things that I chose to do which apprehension and self doubt. Throw in imposter syndrome and overcompensation and it’s easy to see that I often missed the point of just experiencing life. Through life coaching + therapy, I’ve intentionally worked on staying present. Even this year has been reprogramming my brain to just enjoy doing things to do things. I’m not expected to be awesome or perfect at things I’m trying.

The only goal and intention is to practice being present. To just live life. No judgement. No expectations. No this has to amount to something that proves my self worth or shows it was worth my time.

So now, when Jack says heyyy want to go shower soon? I’ll still have the occasional “nooo i dunnn wanna” slip out but I’ll stop. Pay attention. And remember what a privilege it is to shower whenever I want.

And that’s the thought of today.