Blog: I See You 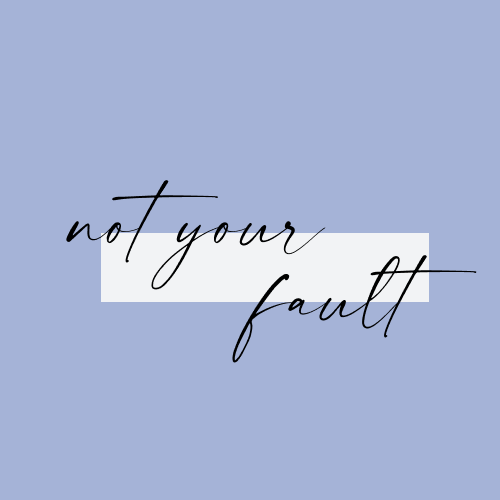 I was diagnosed with major depression back in 2016. Up until that time, I had no idea it was depression. I just felt, so sad. So hazy. Lost. Self blaming was my norm. I felt like something was wrong with me. Just me.

Looking back, I had bouts of depression throughout my life. That feeling of deep loneliness and spiraling had been a familiar feeling. I just didn’t know it was a mental disorder.

As a kid, I started to develop self blame. That everyone else was better, smarter, more talented, and achieved more. That even when I tried my very best (and I did), I could never be the best. I always just landed somewhere in average. It’s easy to see where that stems from when you grow up being constantly compared to so-so’s kid and your efforts belittled or dismissed. How could it not be “just you”?

Flash forward to me sitting in the office of my doctor as his intern was asking me questions around my depression. I started to describe that past year (2016). How I felt about myself, the situations leading up to me leaving the company, and what led to my ultimate spiral after I quit. I still remember this so vividly. She looked at me (straight into my soul I felt like), and said, “That’s awful. It wasn’t your fault.”

Omg I started bawling in that room. For the first time ever, I felt acknowledged. In that split second, it was almost like she gave me permission to think outside of this 30 year old loop of “It’s you. You’re weak.”

It may not be depression for you, but I’m here to tell you, it’s not just you. We grow up and find ourselves in toxic environments. So many of us feel so alone. There’s something wrong with us. But there isn’t.

You can’t get better from the place that made you sick in the first place. That quote always gets me.
This is why mental health matters and creating safe spaces for each other to be seen and heard through our vulnerabilities. It makes the biggest difference in the world.

Take it from me. I know how healing that has been <3

And that’s the thought of today.